0
Close
Login
HomeComing to terms with the past: A Q&A...

Coming to terms with the past: A Q&A with Sarah Penny. 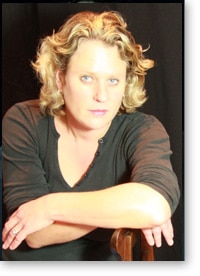 Author Sarah Penny shares her ideas on what students might gain from reading The Beneficiariesnovel, being a teenager in the 70s, the relationship between truth and memory, the role of the Truth and Reconciliation Commission (TRC) and what it means to be a ‘white African’.
English Experience: What prompted or inspired you to write the novel?

Sarah Penny: I wrote the novel as a kind of reckoning with myself, to help me move on with the rest of my life as I was very unhappy at school in the Eastern Cape. I was deeply troubled by the atmosphere at the time, both the microcosm atmosphere at school and the wider feeling of the whole country. For 10 years afterwards, I continued to have ‘bad episodes’ about school – having nightmares and getting very upset when I saw certain people or certain memories were triggered.

EE: How long did it take you to write?

SP: I initially wrote it as a novella for my dissertation at St Andrews University in Scotland in 1998, which took three months. After graduating, I went back to it about a year later and worked on it part-time for another eight months or so, while working at a bookstore in Cape Town.

EE: How autobiographical would you say it is?

SP: Lally is not much like me. She’s a very quiet, reflective antisocial person and I am a very noisy, bouncy person and quite gregarious. I coped with school by complaining loudly (and, eventually, writing a book about it), while she did the opposite and internalised everything. I did draw on my own circumstances, though; some of the details of her experience – and the school, in particular – are very closely based on my memories.

EE: Do you think students will be able to relate to Lally and her experiences at school?

SP: Yes. It’s tough to be a teenager. Some things will never change. People are very judgemental of each other at that age and, as a teenager, you want to fit in, but you also want to be your own person, which can be almost impossible to achieve at the same time. Apartheid is finished, but there are different experiences now that are brutal. There were even some good things about that era. Some ways in which we were more protected, for example, no hard drugs, no bullying on Facebook.

EE: Ideally, what would you like students to gain from reading the novel?

SP: I would like them to understand more about what South Africa was like not long ago, what it was like to be a young person in that place. The kind of choices you had. South Africa is so different now – not just with apartheid finished, but in the way that international thought, opinion and news is available through the media and the internet. That tight, controlled, isolated, self-reinforcing world of the apartheid era must seem so odd to them, but it is the world that shaped their parents and it still heavily influences their environment.

EE: What advice would you give students to help them understand the novel?

SP: That’s really hard to answer. Perhaps EM Forster’s maxim: ‘only connect’. Try to imagine yourself into Lally and her world and why it is so hard for her to cope with her past.

EE: A review of your novel published in the Oprah Magazine suggests that it ‘recounts the melting of the ice maiden’ – do you agree with this interpretation?

SP: Yes, that’s one aspect of the book. Lally makes herself very remote from other people and has to learn how to connect with them again to be happy.

EE: In terms of identity, do you think Lally sees herself as a ‘white South African’?

SP: Yes, but over the course of the novel she has to try to understand more clearly what that actually means – emotionally (‘who am I actually?’, ‘what am I really feeling about myself and my past?’) and practically – because she has spent years floating and hiding and is now asked to do something (testify to the commission) that arises specifically from who she is and where she grew up.

EE: Would you argue that Lally successfully comes to terms with her identity as a white South African and supposed ‘beneficiary’ of the apartheid system by the end of the novel?

SP: I think she comes to terms with the fact that she has to confront what has happened.

EE: What would you say are the main themes you set out to address in the novel?

SP: The core of the novel, for me, is the idea that we are all people together. The book is about reaching out, building bridges and embracing each other. Apartheid was a system of super categorisation into which ‘type’ of person we were: black, mixed race, Indian or white. It was all about breaking down South African society into stratified, hostile components.

Another core theme is the idea of personal truth. As a teenager, Lally tries to find her own truth and gets very hurt. As an adult, she has to try again.

EE: What do you believe the novel suggests about the relationship between truth and memory?

SP: One of the things I have found difficult in adult life is how people forgot what they said or did during apartheid. I used to find it incredibly upsetting to meet former prefects or teachers who had been such barnstorming preachers for the apartheid state, but, ten years later, had remodelled themselves into these lovely benign people.

I would want to force my memory of what they had been on them, but, of course, they had recast themselves and the past didn’t exist for them any more. I think this happens everywhere there has been an authoritarian regime. Truth and memory have a strange and potentially upsetting relationship.

EE: Would you argue that the novel appears to be in favour of the Truth and Reconciliation Commission (TRC) and its mission?

SP: Yes, of course. The TRC wasn’t a perfect process and there could only be flaws and compromises within it, but it was an outlet, a huge outlet, and where would we be without that? At school, I had assumed that the country would erupt in a civil war by the time I was an adult and, remarkably, that didn’t happen. It was largely because we had an extraordinary, visionary president in Mandela, but I think, in part, it was also because of the containing structure of the TRC.

EE: What do you think the novel implies about English-speaking white South Africans and their identities as ‘Africans’?

SP: The point I was trying to make with the novel is that approving support for apartheid was not restricted to Afrikaans-speaking whites. The English speaking community, particularly in conservative areas, was implicitly part of that support base.

Incidentally, my overall philosophy is that if Africa has grabbed you and holds on to you, you’re African. I’ve lived in the UK for 12 years and hold dual nationality, but I’ll never really be English. I’m still completely obsessed with where I grew up. As a result of the multicultural model in Britain, one is forever having to fill in boxes about one’s exact ethnicity. They always have ‘Black-African’ and ‘Black-Caribbean’ and ‘White’. I draw in my own box ‘White African’. What is this ‘white’ business, anyway? I don’t care if it’s just to assess my reliability to keep up the mortgage payments, but ‘white’ is part of my story and ‘African’ is part of my story.

SP: Young South Africans need to be reading widely about the continent. We are part of a hugely fascinating place and were so isolated from it during apartheid. That has a knock-on effect even now. South Africans didn’t go to places like Kenya or Uganda as children so, even now, a lot of people with the resources to do it, will take their kids to France or Italy rather than an African country. That’s crazy. We live on the most vibrant, fascinating continent in the world and young South Africans should explore what’s on their doorstep – first in books and, later, in person.

EE: Finally, what are your future plans? Are you currently working on another novel?

SP: I’ve just published a novel called The Lies We Shared. It’s a murder-mystery set in Kenya and Zimbabwe. I’m currently working on a children’s wildlife series called The Bundu Bashers. It’s about three kids who are very into nature conservation and have marvellous adventures with animals. I’m very passionate about wildlife and conservation in Africa, which makes living in suburban London a bit of a drawback. Here, we mostly just have garden slugs and small, annoying dogs in the park.